Making the Best of the Bad 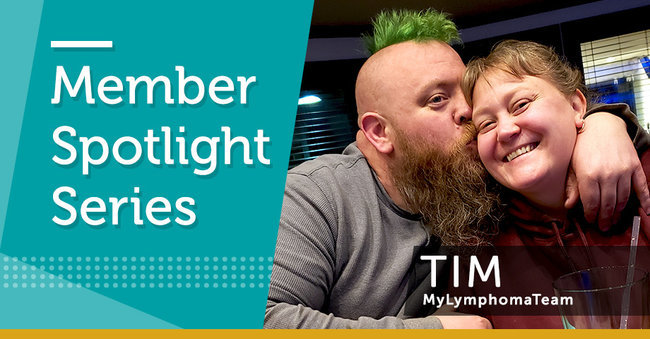 Hi, my name is Tim Woodside, and this is my story on how lymphoma has changed my life.It all started about five years ago when I was working for the local summer festival in my hometown. We were traveling all over the county gathering ideas and recruiting talent for our festival. I started having pains in my abdomen every couple of days, but I didn’t think anything of it. I just figured it was all the carnival food and beer we were consuming over the summer. As the months went on the pain got a little worse, but I still didn’t think anything of it. I talked to our nurse at work and he thought it was maybe an ulcer, so I tried some medicine. It didn’t really help at all.

Get the latest articles about lymphoma sent to your inbox.

close
New to MyLymphomaTeam? Learn More
Quick Links
Q+A Treatments A-Z Resources Provider directory Are you a provider? Crisis
About Us
What is MyLymphomaTeam? Partner with us Terms of service Press/News Privacy policy Cookie policy
Help With This Site
Getting started FAQ Community guidelines Contact us
© 2020 MyHealthTeams. All rights reserved.
MyLymphomaTeam is not a medical referral site and does not recommend or endorse any particular Provider or medical treatment.
No information on MyLymphomaTeam should be construed as medical and/or health advice.